Scheduled jobs are common in software systems, most of them perform some kind of a network or data related activity, outside the main execution context and triggered based on a timer event.

There are several options available in Azure to implement scheduled jobs.

Before digging into the details, first rule of design in my space, I always advocate the developers not use scheduled events in any case that you can trigger it using any other trigger. I agree that in certain cases the scheduled jobs cannot be avoided like a nightly data loading job from an OLTP to a data warehouse or your nightly builds but checking a folder for a file can be triggered using a different event rather than checking it in intervals.

Azure Functions are straight forward, you can specify a cron expression on the timer trigger and write your code and deploy. Done! You can do this either from Visual Studio or in the ‘integrate’ section of your function in the portal. In the code it is set as follows.

Azure Scheduler is a PaaS based scheduler.  This is a packaged consumption model of the scheduled tasks, but this has limited actions.

You can use HTTP/HTTPS calls or put a message in a Storage Queue, or put a message in Service Bus topic/queue.  The HTTP/HTTPS can be used to communicate with external APIs in a schedule.  The serverless triggers greatly make the Azure Scheduler obsolete, the recurrence logic has good customization out of the box, but again the functionality can be easily added in the serverless model. 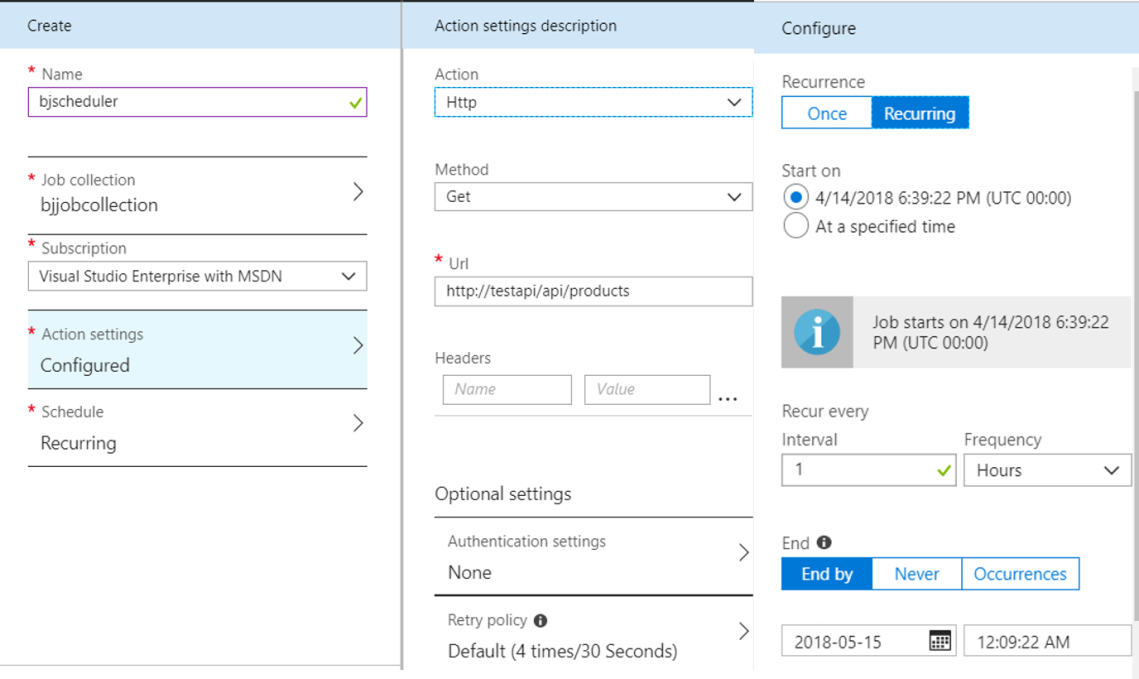 Azure Scheduler had been used heavily before the serverless options were available. Especially PaaS developers used this approach in order to trigger timer actions by simply using HTTP/HTTPS triggers and hit backend services to execute the logic. Now, this is a high time to consider the rewrite of those schedule jobs using serverless model. 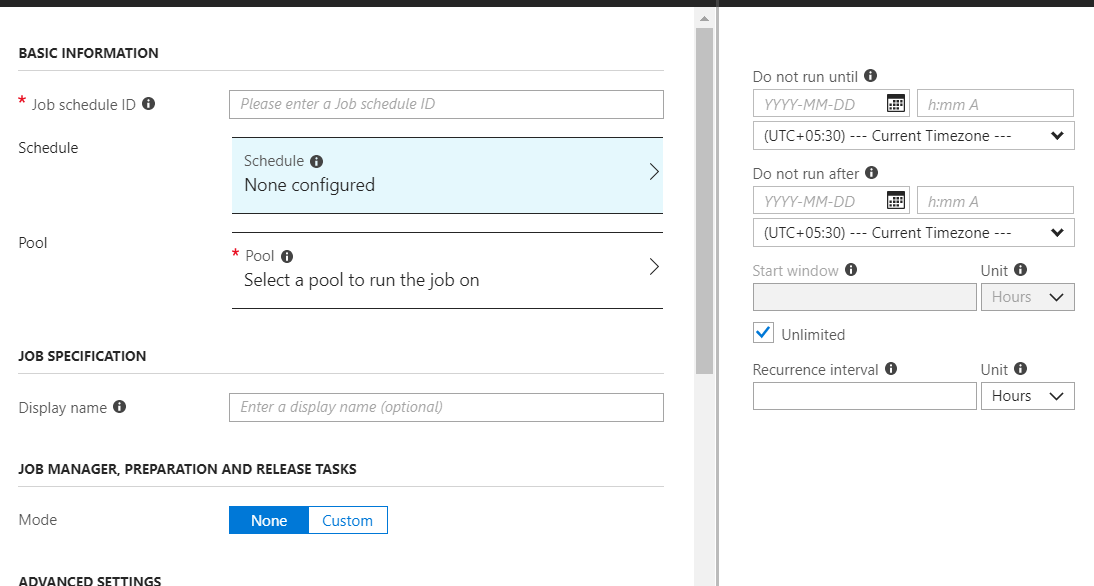 Example, in a HR application running on Web Apps require to process large amounts of data at the end of every month to calculate the wages could be a Azure  Batch task which runs every month.

This is the traditional approach. If you’re using IaaS then this option will not make you feel outdated. Also, in certain cases you would need this especially when your scheduled job requires some libraries or frameworks which require VMs.  You can write the code and execute them as cron jobs in Linux VMs or as a process using Task Scheduler in Windows VMs. In Windows you can also use Windows Services for the schedule jobs.

Do not use Windows services unless you require your logic to be executed outside the system context. Most of the scheduled jobs can be run as tasks using Task Scheduler.